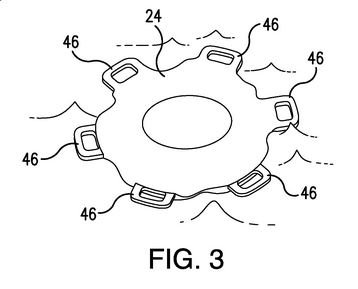 Another company has placed the t-shirt cannon technology on front of police cars in St. Petersburg.[2]  However, this cannon shoots GPS tracking devices that affix to a suspect’s vehicle.  In this manner, the police do not have to go on a high speed chase with a suspect, but instead can track the suspect’s car at a distance.

Can you think of any improvements to the t-shirt cannon?

About the Author: Matthew Sean Tucker

Matthew Sean Tucker is an Attorney practicing with a particular focus on patents, trademarks and personal injury, including car accidents, slip & falls, and dog bites, and other acts of negligence. Matthew holds a B.S. in Electrical Engineering from the University of Central Florida. Furthermore, Matthew received his J.D. at the University Of Baltimore School Of Law with a dual concentration in intellectual property law and business law. He is also a member of the Florida Bar, and an inventor of several patent pending inventions.